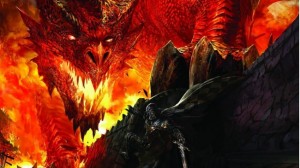 This entry was posted in D&D. Bookmark the permalink.

10 Responses to D&D Next in Ferelden